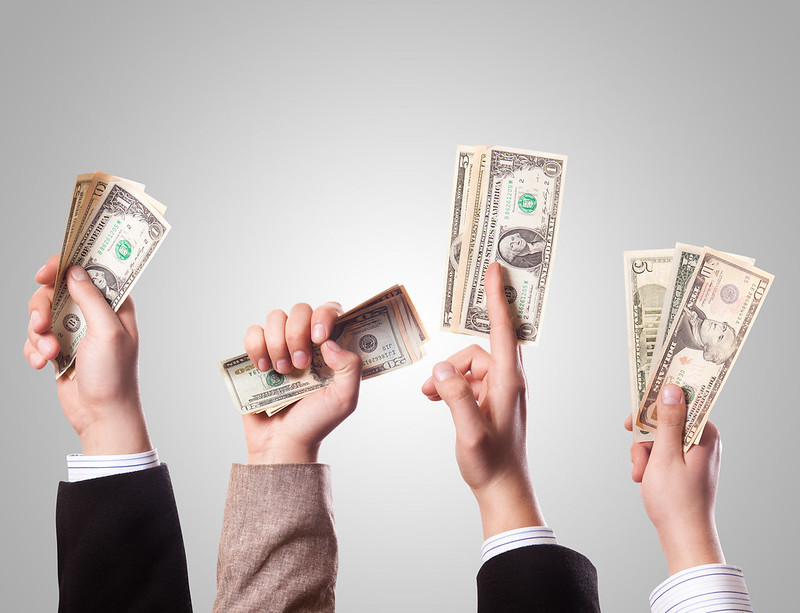 For those who enjoy learning foreign languages and can maintain good concentration on the task, working as a translator might be a good option. However, pure mastery of two or more languages is not enough, one needs to be able to accurately and quickly translate, which can often be challenging for an unprepared person. Acquiring this skill may be hard but the reward is corresponding – professionals in the industry often have a decent translator salary but, still, there are some aspects to consider.

When choosing an occupation one needs to study the demand in the industry to ensure that there will be enough places for employment. As for the employment outlook in the translation industry, the US Bureau of Labor Statistics states that the situation is extremely beneficial. They report that the projected employment in the industry will tend to increase from 2018 to 2028 much faster than in other fields. The expected growth rate is 19%, which is a very impressive and promising number. As the US Bureau of Labor Statistics explains, the development of the industry is due to the globalization process and the increasing population of non-English speakers in the country. One can also add the development of international trade and the increasing interest in the US media content by the non-English speaking audience abroad that fuel the demand for translation. It means that the field is considered very prospective. Probably the tendency for demand in the translation industry is expected to grow not only until 2028 but will remain high for a longer period of time.

Translation service is not only growing fast but also is rather flexible. One can work for a translation company full-time or be a freelancer. It is also possible to look for clients by oneself on some platforms like Upwork or Fiverr and negotiate the price and details directly with the client. For many, working from home is a huge advantage or maybe even a necessity. For example, it allows mothers with small children, students, or people with special needs to earn money and maintain other life activities. Basically, it means that the only prerequisites for working as a translator are the knowledge of at least one foreign language, good translation skills, and mastery of mother tongue, while any obstacles like lack of time or difficulties with transportation are solvable. More than that, with the rapid development of technologies that facilitate the translation process, for example, machine translation (MT), the translation process has become much easier and faster. So basically nowadays translators often need only to edit the text processed by MT.

Of course, salary is also an important factor in choosing one’s job. The US Bureau of Labor Statistics points out that there are several important factors that determine the wages in the industry. The first of them is language. The rarer and more complicated the language is, the higher are the earnings. Another decisive factor is the specialty. Translators are needed in different domains such as legal or medical and similarly to the tendencies in language pairs, the more niche the specialty is, the better paid it is. According to the statistics, translators in scientific, technical, and business field earn more than those who work in educational or medical settings. The third factor that takes part in setting the wages in the field is the type of employer. The Bureau of Labor Statistics has estimated that translators and interpreters who work for the government often have their annual wage about $ 6,500 higher than those who work in the private sector. Some other aspects that determine the translator’s salary are skill, education, years of experience, and certification.

Occupational Employment Statistics prepared by the US Bureau of Labor Statistics in May 2019 states that the average annual wage of translators and interpreters is $ 51,830. For comparison, the average salary across all sectors is $ 39,810 so translators earn considerably more than the median wage. The statistics also show that the salary differs drastically within the industry. The minimum annual wage found was about $ 28,170, the maximum was as high as $ 94,370. The difference is huge, but so is the demand for the language, years of experience, certificate, employer, and other factors mentioned. It shows that a translator can directly influence their income by managing the parameters that take part in salary formation and the amount of work to do. Also, as pointed out by the statistics, the workload in this industry may vary. Sometimes the demand for the service is higher than usual, while at times it can be lower. So in fact, the earnings of translators differ from one month to another.

Concerning the geography of translator’s salaries, the highest annual wages were found in the state of Virginia $75,700, followed by New York $72,580, and New Jersey $71,960. These states are also among those that have the greatest numbers of translation companies registered in them. For those who plan to work online, it does not make much difference. However, the statistics show that the majority of interpreters still work full-time. So in order to work in a translation company and earn more one might need to consider moving to another state, where the working climate is more beneficial.

Language is the most important factor that determines both the demand for the translation service and its price. The most profitable language pairs to work with are those that are in high demand but at the same time have low competition, that is, there are not many specialists who work in the sector but there is plenty of work. One of such language pairs is English-Japanese. The next beneficial scenario is language pairs that are in high demand but with high competition, like English-Spanish. Of course, in such an environment it is harder to earn money but still possible. The languages with low demand would most likely not bring stable earnings for a translator, so it may be better to avoid them.

Here is the list of the top translation languages by salaries (comparing demand to competition). High intensity of color signifies higher wages.

American Translators Association (ATA) is the community of translators and interpreters in the US. In 2008 they made their first association-wide survey among its members regarding their salary and some aspects of their work and demographics among translators which was a very valuable source of information regarding the field. For example, ATA discovered that women constitute over 68% translators in the US. Another interesting fact was that the vast majority of translators who took part in a survey were not US-born and had over 5 years of experience in the industry.

Primarily this survey and a series of subsequent studies were interested in researching wages in translation and the factors that take part in its formation. Surprisingly, the results of the ATA survey contradicted those of the US Bureau of Labor Statistics in several important aspects:

Since then the Bureau of Labor Statistics made some improvements and included translators who work for the government in their surveys. However, they still rely on salary information provided by translation companies while in 2017 ATA has discovered that about 75,9% of translators are individual contractors, who are self-employed. It means that the real numbers regarding salary may be much different and the current approaches of the Bureau are not adequate enough to provide the correct estimates.

Effect of Specialization on Translation Salaries

If language is the most decisive factor in a translator’s wages, the next one in the specialization. Here the situation is rather straightforward – those who need more field knowledge for correct translation charge more. While those who use only some general information, earn less. What is the reason for this? Well, it is very easy. The one who has field knowledge in some specific areas like law, healthcare, or physics would be able to translate both specific and general texts. At the same time, the one who does not have any domain knowledge can only work with general texts. So according to this simple principle, the highest-paid are specific technical fields, healthcare, and legal texts. The next group of fields is finance, marketing, and IT. The cheapest of all is the translation services for subtitling and translation of literary texts. However, the complexity also affects speed, so in fact, one should choose the types of texts that are the most comfortable and pleasurable to work with.

The main principle is always to enjoy one’s work and do it well!