How To Contribute to Google Translate 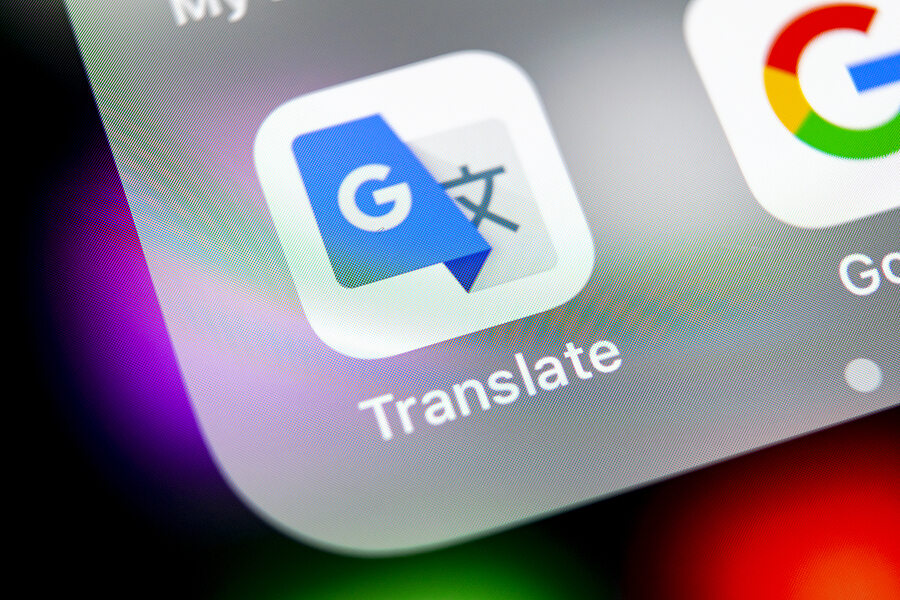 The development of machine translation has begun as early as in the 1950s with the first experiments involving rule-based methods. Limited possibilities for input and applicable languages’ pairs resulted in multiple skeptical points of view and predictions regarding the technology but scientists, enthusiasts, and advocates of automatic translation contributed to further development of this field. So modern tools are the perfect example of evolution that moved technology from the stage of example-based machine translation to the use of the word-, phrase-, and syntax-based statistical methods and the most sophisticated method of neural machine translation that is also widely used in Google Translate nowadays.

What Is Google Translate & How It Works?

Google started developing this translation service back in 2006 with the initial purpose of translating texts only, which also include webpages. Its accuracy was far from perfect due to the limitations of the statistical method of machine translation (SMT) and involving the English language as the mediator while translating from one required language to another (which often did not work well due to huge differences in morphology).

Fortunately, Google continued to put enough time, effort, and considerable resources into the service’s development. Adopting voice translation as well as visual one in 2014 contributed to the growth of Google Translate service’s popularity. Integration into mobile platforms and the Google Chrome browser also adds more convenience in use and widespread utilization of Google Translate in various life and work situations.

Currently, this service uses a rather innovative sophisticated technology known as neural machine translation (NMT). This method presupposes the absence of programming specifically related to certain tasks as it was previously done in rule-based machine translation tools since now the system is supposed to act similarly to the human brain using artificial neural networks with numerous units and adapting networks to match specific abilities based on the examples. Basically, it is a deep learning technique, and the development of this technology started in 2016.

The use of NMT is another reason why contributing to Google Translate is important since every new correct translation provided by human experts enhances the variety of learning options for Google Translate algorithms, gradually contributing to a very efficient and accurate translation tool. Though the service’s achievements are impressive even now:

Knowing that the service begun its way as inaccurate SMT with terrible grammar in the outcome and comparing that with what can be seen now opens new perspectives and possibilities to predict Google Translate tools’ applications in the future. The next section is for those who want to make future themselves and know that great results always consist of a huge number of small steps and daily actions.

How To Contribute And Make Future Better?

Automatic tools that transfer content from one language to another often fail to provide accurate outcomes due to the inability to take a wider linguistic and cultural context into consideration, as a professional human translator is capable of. So it is absolutely unreasonable to worry that the profession will become obsolete. Experts will always be needed, and given the modern context of globalization, not just clients who pay for translation services need them but also over 500 million people who use Google Translate every day to understand each other and texts in unfamiliar languages and who expect the decent quality of automatic translation.

Anyone who knows two and more languages and has the desire to improve the Google Translate tool’s accuracy can contribute to the never-stopping process of algorithms and databases’ polishing. Developed and constantly updating tools will eventually help different nations understand each other better and this is the key to cooperation, respect, and mutual benefit. Let’s check the entire process with this global and somehow idyllic perspective in mind.

The first step would be logging in your Google account and visiting Google Translate Community webpage to choose the desired language pair or even pairs – up to five languages in total. With the purpose of the demonstration, some of the most popular choices will be selected, for example, English and German.

Nobody likes spam but Google will not be sending annoying and useless notifications. Only ones that are directly related to the contributor’s activity that one may be interested in. This option is fully voluntary and depends on one’s expectations from this activity. Knowing that Google is always on the front side of emerging technologies and innovations could be a reason to put a tick and actually read all emails that will be sent occasionally.

Once the prospective contributor proceeds to space where the actual changes could have been made, he or she will be surprised as the Community is no longer there. Google is constantly updating and developing its services and now only Contributor’s statistics and rewards can be found on this page.

The Community service itself was moved and now it is being integrated into Google Translate tool which appears to be convenient and easy to find. All that is needed is to click on a small person-like button at the bottom of the page and the available options will appear.

4. Rewards For the Active Ones

It is always a good motivation when all efforts are appreciated and rewarded, even if it is just a virtual badge. Knowing the exact amount of contributions may be useful as well. Those who contribute to Google Translate have more important reasons for doing what they do though. That is why an empty beginning contributor’s profile is shown below since all those badges are not as important as actual contributions and corrections made in the Community.

Contributors may help to develop sophisticated algorithms used by Google and allow its neural machine translation engine to have appropriate and broad enough context so that the text and sentences could be translated as the whole as would people do rather than piece by piece as it was done before using rule-based programming.

The system will provide batches of words and sentences for translation from the chosen language to another one in the set language pair. The more contributions are made, the higher person’s rank is. There are options to either submit the translation that appears to be completely correct or skip the sentence if one is uncertain regarding the correct variant. It is strongly recommended to refrain from submitting random or intentionally wrong translations since they will anyway fail to pass the validation stage. At the same time, properly completed and grammatically correct sentences will be appreciated by millions of users all over the world.

One may see the potential drawback in the system that collects translation variants from people who may not necessarily be experts but it is already being eliminated by another way of contribution. One can just check and validate translations completed by other people, which is also sufficient help since all these contributions are kept in Google Translate statistical database. All that should be done here is just notifying whether the presented variant is true or false. The system will always suggest correct variants eventually.

Developers presented the easy possibility for all language-savvy persons to demonstrate their skills and improve automatic translations of texts, phrases, or words they happen to translate in the regular tool. This option is available upon clicking on the translated text and under other available variants of translation one can find the feature allowing to improve the existing options.

There might be a variety of reasons why people who know both languages check what they already know using Google Translate. It might be even simple curiosity and desire to challenge the software. In any case, the option to improve suggested translation is very convenient as it allows collecting present vocabulary and grammar mistakes and submitting this contribution as well. There is no reason to complain that automatic translation is awfully inaccurate if the situation can be improved easily.

Overall, all these available options are more than enough to make more accurate and relevant translations. Google Translate already had a long and complex way of development and it is still on. The company already demonstrated that it utilizes the most effective modern technologies, so, if something more efficient than NMT appears in the field of automatic translation, Google will be the first company to use it widely in its service.

The distant and rather vague possibility for robots and supercomputers to leave human translators without work thanks to the accuracy of automatic translation should not stop experts from contributing to the development of Google Translate. Professional text translations completed by certified specialists will always be needed in the variety of spheres, but millions of people all over the world will be thankful for the possibility to understand each other better using this convenient tool in their everyday lives.