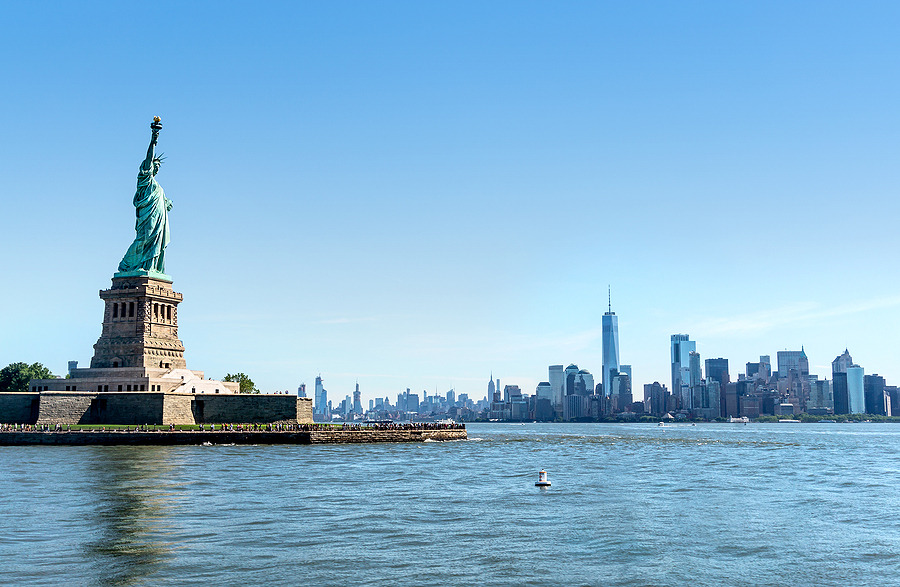 Living in a megapolis like New York City has many advantages as well as disadvantages. The latter is not the main focus of this guide though since the possibility to find a translator job in New York is very high, that is why the emphasis is given mainly to advantages. Finding the job of one’s dream is not as hard as it may appear at first sight. It may take some time though, that is why it is essential to understand what needs to be done step by step.

The first thought that may appear in one’s mind upon deciding to move into NYC is that now he or she will look cool working in one of those huge skyscrapers and possessing impressive records in one’s resume. Indeed, full-time translating jobs in NYC provide many opportunities and benefits for the future. Language professionals may try their luck and seek for a career in one of these dimensions:

Since this global organization’s headquarters is located in NYC, it would be a disrespectful behavior for a professional translator to ignore the possibility of being hired by the UN. The very nature of the UN presupposes the employment of numerous language specialists, there are six official languages, after all. The job may need to be done not only in NYC but in other locations as well, which increases the opportunity for long journeys. Job postings may differ and there is quite a competition, so keep checking the UN careers’ website to catch the chance: https://careers.un.org/lbw/home.aspx

The legal sphere is a perfect specialization for translation specialists since this means a constant flow of work and, subsequently, good compensation for a reputable specialist. Those who want to improve their career opportunities may check for open vacancies on these websites and check offers specifically for NYC:

Some of the resources, such as non-profit translators’ associations, require membership, which is a paid option. However, one should consider joining these societies because of the multiple benefits they offer and they are not limited to job offers available for members only. Multiple courses, webinars, training, conferences, learning materials, discounts for useful work tools, the possibility to communicate with the best experts in the field, and so on are just a few main features that one can get upon joining, for example, some association of judiciary translators.

Global organizations and the judicial sphere are not the only government-related employers in NYC. One can always keep an eye on suggested vacancies on the official job board of the New York City government: https://www1.nyc.gov/jobs/index.page

The NYC government has the structure which is similar to the one of the Federal Government, which means there are executive and legislative branches, as well as already discussed judicial one. Each of them has many departments and a qualified translator may be required for either constant or occasional work in any of the mentioned institutions. Some of the departments where one can seek employment are the following:

Obviously, the decision to start an in-house translator career in a private company, translation agency, or large corporation is the one that offers the highest number of options to choose from. In this case, it is recommended to start searching using the most popular job search platforms such as LinkedIn.com and Indeed.com.

These platforms are being updated very often and prospective employers consider reputable job boards as one of the primary places where diligent and qualified specialists can be hired.

One of the major benefits of job search platforms is that not only the applicant should keep searching and applying to interesting vacancies but employers can look through open applicants’ profiles and offer a job themselves. It would be great if the dream job finds you when you don’t expect it, wouldn’t it? That is why updating one’s resume and online profile on the mentioned platforms should be the first thing to do for any person who is looking for a job.

One of the biggest advantages of working for a private employer is that the translator can actually choose the sphere he or she wants to work in and aim at employment in particular companies. Job offers may have various benefits and specific features that are not available in other modes of employment. Even a governmental job can sometimes be not as attractive as the in-house position in a large corporation.

According to the recent demographics data, New York City’s population has approximately 30% of Spanish-speaking people. This number includes Hispanic and Latino Americans, but just imagine how many other ethnicities’ representatives also need Spanish translation services. One could make a good career as a Spanish translator, whether self-employed or in-house one.

Approximate estimation reports that this position allows one to earn from $52,000 to $99,000 annually, which could be treated as a rather decent opportunity. Easy skimming of abovementioned job search platforms allows seeing at least 15 currently available Spanish linguist, interpreter, and translator vacancies available in NYC. The vacancies are added daily so one will always have a chance to find the most appealing vacancy.

According to the U.S. Bureau of Labor Statistics, 3770 specialists reported being employed in the translation industry in New York City in 2019 while there were 2280 in 2017. While this data cannot represent the real situation given the constant changes in demographics and many translators’ reluctance to document their employment status for the BLS, the clear trend of increased demand is visible.

Employment in this sphere is projected to increase by an incredible 28.7 percent by 2024. Translators and interpreters already represent the group with one of the fastest rates of growth, which means a lot of new jobs in the near future.

This increased demand is accompanied by the changes in American demographics and the growth of non-English speaking residents’ number growth. People require translators and interpreters’ services in many spheres, whether work-related or not.

Official U.S. data allows determining what exactly one should expect upon choosing this career in NYC. Median hourly wage and mean hourly wage were reported to be $33.33 and $34.89 respectively with the mean annual wage being $72,580.

At the same time, one should remember that New York remains to be one of the most expensive cities in the world, with only Hong Kong, Ashgabat, Tokyo, Zurich, and Singapore being more expensive. Different estimates provide varying data but a single person’s living monthly cost is approximately $1,300 including the cost of food and utilities but excluding the cost of rent, which is logical because the housing market in NYC should be discussed separately.

Numerous estimates and people’s feedback reveal the fact that the cost of rent in NYC is extremely high. Renting a one-bedroom apartment would cost approximately $1,890 to $2,098 depending on other defining factors such as location and apartment’s condition. It is approximately 50% more than the national median rate for one-bedroom apartment rent costs. Considering all this the average salary of $72,000 that translators and interpreters can count on is not fully sufficient for an absolutely comfortable life in New York.

That is why considering a freelance translator job and living in NYC are almost incompatible things due to the unpredictable salary patterns that are associated with this mode of employment. While being self-employed is beneficial in many things, one will be facing constant stress trying to find a sufficient number of clients and projects to work on and be able to pay for the rent and other living expenses. Many freelance translators report inconsistent steam of work when one month they receive a lot of offers and the other just a few of them in total. At the same time, the high cost of living is constantly the same.

Decide On Your Own

Overall, while it is a real possibility to find the in-house translator job in NYC due to the high demand, diverse market, and various open vacancies, one should think carefully whether living there is a sensible thing to do. Many people suggest that salaries less than $150,000 are not sufficient for a comfortable life in this extremely expensive city where everything, from simple things in a store to the cost of rent, costs a fortune. Finding an in-house position and having the possibility to split the rent costs with someone can help one live a decent life in NYC. Otherwise, it would be just an attempt to survive in one of the most expensive cities in the entire world. Freelance translators already have the advantage of choosing the most appealing place of residence without changing work, so that they should not expose themselves to the disadvantages of NYC’s high living cost index.