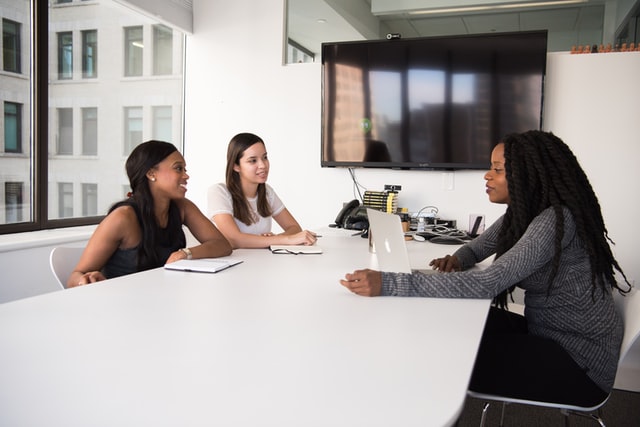 Many historical events and centuries of Spain’s military, economic, religious, and cultural influence caused the existence of widespread Spanish-speaking populations across the world. One can hear the Spanish language not only in Europe, but in many countries in South America and Latin America, and, of course, among a highly diverse society of the United States. That makes US Spanish translation an important industry.

Importance of the Spanish Language

The popularity of this language and the rapid growth of new learners resulted in Spanish being practically the third most-spoken language with Chinese and English being the first and second. There are approximately 483 million native speakers only, and this number does not include almost 100 million of second language learners who possess various levels of knowing Spanish. This population only continues to grow. Such a huge number of Spanish-speaking people is a good sign for a person who wants to become an English translator into Spanish or choose another language in addition. Many people need translation services utilizing global languages in this globalized era.

Is US Spanish Translation Wide-Spread?

Spanish in many of its varieties is being used as an official language in more than 20 states and dependent territories. Interestingly enough, Spain itself does not have the largest population of native speakers being the third only after Mexico and Colombia. The majority of the other countries are located in South America and Central America and these include Argentina, Peru, Chile, Venezuela, Bolivia, Paraguay, Panama, Equatorial Guinea, Uruguay, Guatemala, Ecuador, Cuba, Puerto Rico, and many others.

People who have things to do in these countries, for example, consider establishing business with local companies but do not know Spanish need the assistance of Spanish translators for multiple documents’ localization. Moreover, multiple varieties of Spanish exist in Central and South America which depend on each country’s cultural peculiarities.

Even though membership in translation organizations and associations is usually paid one, a translator should consider joining the most relevant one for his or her needs since these entities play important role in establishing professional and quality standards. In general, being a member of the translation organization makes the process of finding clients easier. Here are some of the best options across Spanish-speaking countries that professionals should consider joining depending on their location and needs:

This Spanish organization exists since 2003 and establishes cooperation with many foreign and national companies to connect clients with language specialists, including translators. Many professional activities intended to improve skills are available for members. Various seminars and courses are often introduced in the news feed.

Being a member of this influential organization will be beneficial for any Spanish translator or interpreter. Joining the army of more than 10,000 members from approximately 100 participating countries will allow one to boost the career by enjoying offered professional development, adopting high standards of quality, and obtaining certification that is recognizable all over the world.

Students who are pursuing their degrees in Translation and Interpreting from and to Spanish should consider joining this Spain-based organization since it is the only one designed specifically for students and allows them not only to enhance their knowledge and skills even more and communicate with future colleagues but also find the first US Spanish translation job.

Professional translators and interpreters usually choose one specific field to focus their career on. This organization is dedicated to help experts who have chosen the legal field and make sure that authorities acknowledge and value the role of these specialists.

Apart from the possibility of using multiple training and courses and improving one’s qualification as a Spanish translator in the spheres of dubbing, subtitling, audio description, video games localization, and even subtitling for people with limited hearing abilities, this governmentally-supported association organizes conferences, advisories, and translation in Spanish language job board so that prospective client could easily hire ATRAE member.

With the purpose of promoting and protecting translators from and to the Basque language, which has a close connection to Spanish. This association exists since 1987 and can be proud of many achievements, such as being a member of the International Federation of Translators (FIT), possessing many developed training courses, the possibility of legal advice, and so on. Finding a job in this specific field will be easier for members of EIZIE.

Translators residing in Catalonia should think about becoming a member of the association that is specifically devoted to the protection of their rights, improving their professional level, and helping APTIC members find a job. This association works in partnership with the FIT and has many years of experience in protecting the interests of specialists whose work involves both Spanish and Catalan.

Spain has rich cultural and linguistic diversity which contributes to the variety of translation jobs’ specializations. Specialists who reside in Aragon or cooperate with people from this region will be welcomed by other ASATI members and they will be able to enjoy multiple guides, professional discussions, training, useful resources, and legal advice.

Not only individuals but even institutions and companies can join this large association. Even though it is predominantly working with English-speaking specialists, this association is a part of the Spanish Network of the Anna Lindh Euro-Mediterranean Foundation for Dialogue Between Cultures and its members work with other Mediterranean languages apart from English, including Spanish. Membership is beneficial not only because of efficient courses, conferences, webinars, and so on but also due to suggested discounts for useful software such as SDL Trados Studio.

The useful regional organization that can assist translators in finding employment within the community of Valencia in Spain. There are different activities and meetings organized by XARXA management and members will find them useful for professional growth.

Working since 1992, this organization provides many benefits for its members in Mexico since they can continue education, find clients, get discounts, and just communicate with the colleagues through OMT Directory. Joining OMT is a sensible thing to do for all translators residing in Mexico.

The union of Colombian translation specialists as well as those who reside in this country is dedicated to improving the professional level, protecting rights, and enjoying mutual support. Clients have the possibility to hire ACTTI members and are encouraged to do so. ACTTI also cooperates with the FIT, which can serve as the additional proof of the organization’s reputation.

Being a full-time employee has many benefits such as stability, absence of the need to seek clients, and career growth within the reputable company that may overcome the negative sides such as the absence of individual portfolio and clients’ testimonials related to specifically to one’s work.

There are two solutions that allow finding an in-house Spanish translator job in Spain or any other country: check companies you are interested in and apply directly through their websites or check some of the job search websites:

Those who are looking for the United States in Spanish translation jobs, should consider using Spanish for search. Requesting “trabajo de traductor” instead of “translator job” and identifying your location may result in more relevant search outcomes. This is especially true for Spanish-speaking countries since even though English is widely used in the Internet and business spheres, many HR specialists are looking for a specific target audience. Simple Google search with basic keywords usually is the most important, popular, and relevant option. So, the applicant should just choose the desired one and apply for it.

Being a self-employed translator is both more interesting and at the same time challenging. The successful career of a freelance translator is rewarding one with a solid reputation, collection of completed works that can form a perfect portfolio, and a steady flow of returning customers. One does not depend on a translation agency’s management and has the possibility to develop his or her own business according to personal preferences.

There is no easy guide on how to pursue a Spanish translator’s freelance career. While there might be some common starting points such as registering on freelancers’ platforms such as Upwork.com, self-employment is usually more than just updating your CV and applying for a certain position. Many freelance translators work hard to attract clients by developing their own websites, building contacts’ networks, and applying principles of marketing to sell one’s skills and profound knowledge of Spanish language and chosen niche specialization.

Being Spanish to English translator means working with two global languages that are widespread in many important countries. Basically, one could always find a job, whether it is a full-time or freelance one, just knowing these two languages. Possessing certain specialization, for example, the ability to translate pharmacology-related Spanish texts into English improves one’s chances of having constant income and returning clients.