10 The Most Useful Languages Of The 21st Century 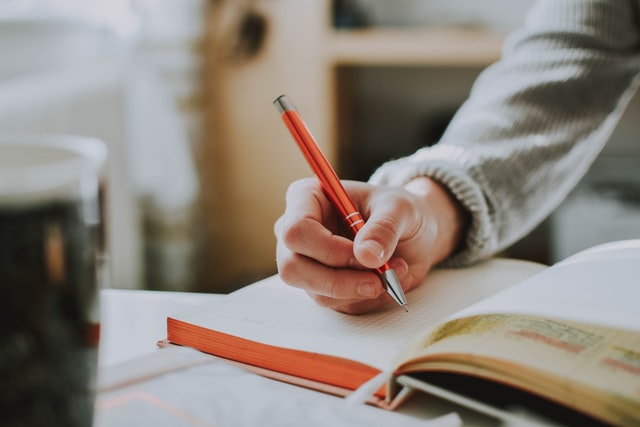 The modern world requires knowledge and proficiency in many spheres of life to remain successful. Knowing several most useful languages rather than just one’s mother tongue opens new opportunities, which is logical since many businesses operate or plan to expand overseas, and employees who know target languages will have more benefits. Besides, the more languages one knows, the more interesting people he or she can meet and communicate with. Various perspectives and knowledge based on cultural differences make one’s life more exciting and worth living.

Even though there are almost 7,000 existing languages including already extinct ones, it is easy to narrow down the list of languages to learn into a short top-10 one depending on popularity and spheres of use. The majority of natively spoken languages are under the risk of becoming obsolete that is why it is essential to dedicate precious time to obtaining useful tools first. 50% of the entire world’s population speaks one of twenty or so the most widespread languages, and here are the most popular options among them.

Choose Among 10 Most Useful Languages and Gain New Skills

Being the most widespread among all Slavic languages, Russian language can be associated with approximately 150 million native speakers and more than 110 million of second language learners. Deciding to learn Russian, one gets the opportunity to communicate with people not only from Russia but from many other countries in Northern and Eastern Europe, Central Asia, and Caucasia including Ukraine, Belarus, Latvia, Georgia, Kazakhstan, and many others.

Being the second most taught language throughout Europe with more than 300 million people who possess various proficiency degrees, the French language can be a very attractive choice for a language to study. Many people think the same since only approximately 77 million people are native speakers and the rest learn French as the second language. This country’s influence contributed to the French language being official in 29 countries including France, Canada, Switzerland, Belgium, Monaco, and many African countries. One may travel across three continents and find people who speak French everywhere.

More than 100 million speakers both native and L2 ones should be a good explanation of why German is worth learning. For those who are still hesitating, the areas of this language’s use should be the last convincing factor since German is widely used not only in Germany but also Switzerland, Austria, Luxembourg, Liechtenstein, some regions in Italy and Belgium. More countries mean more opportunities for new impressions, possibilities to study, work, and live. The German language is also believed to be one of the business languages along with English and many employers consider knowing these two languages as a big advantage.

Even though the majority of people who speak Japanese are more than 125 million native speakers and there is no considerable spread of this language in other areas, it is one of the top choices for learning. Apart from having an impressive culture and history, Japan remains to be one of the most economically developed states. It is good for either establishing a business partnership with local companies or improving one’s own career perspectives and education, which could be impossible without knowledge of Japanese.

Being the official language in 22 states many of which significantly influence the economic and political situation in both Asia and Europe, even the entire world. Knowing this lingua franca will allow one to join more than 422 million speakers in all those countries who speak either Modern Standard Arabic or any of its dialects and understand people from such countries as Iraq, Kuwait, Saudi Arabia, Sudan, UAE, Yemen, Qatar, Egypt, Morocco, and many others. More and more people start to learn Arabic despite its complexity not only because of the professional and business opportunities it offers but also due to the rich and diverse cultural and religious context behind that is worth being acquainted with. There are more than 1.9 billion Muslims around the world and Arabic is the sacred language for all of them, which makes it the language of global importance.

Those who are interested in living or operating a business in South America should consider acquiring knowledge of the Portuguese language as a must. It is the official language not only in Portugal but in Brazil and six African countries as well. There are more than 270 million speakers in total which includes approximately 220 million native speakers in the mentioned countries.

India does not have one official language since there are many regions with specific linguistic varieties. However, Modern Standard Hindi, which is mostly based on the dialect spoken in Northern India, holds the status of the official language in India ‘s government and several states as well. Knowing Hindi is also beneficial since it possesses mutual intelligibility with Urdu, which is mainly spoken in Pakistan and is another widespread language in that region. There are more than 620 million speakers of Hindi, including both approximately 350 million native speakers and more than 270 million second-language speakers.

Centuries of Spain’s political and cultural influence resulted in the Spanish language being the fourth most spoken language in the world with more than 483 million native speakers in Europe, Hispanic America, Equatorial Guinea, and many other regions. Moreover, there are more than 100 million second language learners who prove this language’s continuing popularity, especially in the United States, where the majority of these people reside. Besides, apart from being one of the global languages and official ones of the European Union, Spanish is very beautiful and comparatively easy to learn. It is definitely an option for considering.

Naturally, multiple varieties of this language exist due to the vast territory of this beautiful country and peculiarities of historical and cultural development in different regions. Though the official language of China as well as one of the United Nations’ official languages is Standard Chinese that is based on the Beijing dialect of Mandarin. There are more than 1.2 billion of Native Chinese speakers. Just imagine what that number would be if all second language learners are taken into consideration. Joining people who know Chinese is beneficial even though this language is hard to learn since the entire world is trading with China.

It is safe to assume that there are more than 2 billion people all over the world who know and use English both as a native or second language. This is the official language in Great Britain, the United States, Canada, Australia, and New Zealand in addition to being widely spoken in many other regions of the world, such as Africa and India. More importantly, this language can be considered as the official language of the global Internet community, and at least the Intermediate level of knowledge will help one a lot in both personal and business communication. Such spheres as software development cannot even exist without English. Its role can be acknowledged by the number of native speakers which is equal to approximately 350 million in all the mentioned countries. The rest of the English speakers learned it as a foreign language and this huge number only continues to grow from year to year.

Studying foreign languages has more related benefits than just the ability to speak with people from respective countries. Knowing several global most useful languages means that one becomes familiar with countries’ specific history and cultural background. As a result, he or she becomes wiser and more prepared for life in a globalized society.