Sim Language: Everything You Need to Know 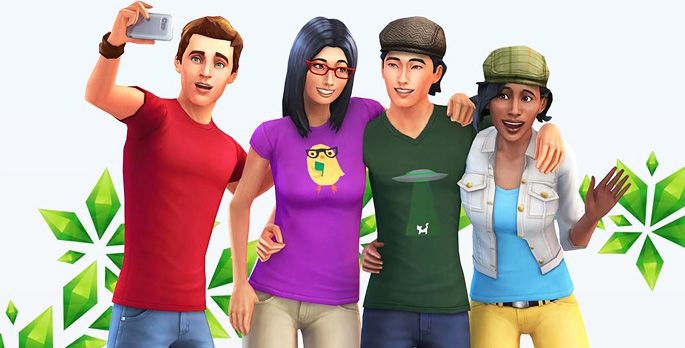 When talking about video games that withstood challenges of time and until this day remain loved and played by thousands people worldwide, first game that comes into mind is The Sim. It has always captivated people’s attention with its worlds, storylines and, of course, peculiar sim language. It came out 20 years ago, but nowadays it is as popular as ever! You might ask, how did this come to be? Truth is, this game knows how to adapt. Up to this point, there have been 4 installments, The Sims 4 being most recent one, and with each one of them, developers updated graphics and gameplay to meet latest industry standards, while keeping essence of game unchanged.

In case you need to be reminded, Sims is a life simulator game – with it you get to create, control unique characters called sims. It allows designing appearance of your characters, giving them traits, aspirations, picking their wardrobe, building a house for them to live in, following them in their daily endeavors. Concept of game, despite its apparent simplicity, is extremely engaging, may produce hours of fun gameplay, which is as different for each player .

Sims always brimmed with attention to detail – you can find proof of that in game world, characters that transcended through different versions, especially so, in simlish, which is a made-up sim language. At first glance, this language is gibberish, but if you take a deeper look it will reveal that nothing is as simple as it seems!

In the year 2000 game designer Will Wright with help of his video-game development company Maxis and famous gaming company EA Games brought his concept of The Sims into life. At its core, The Sims is a single-player life simulation sandbox game, which means that it doesn’t follow a specific single storyline and has no defined objectives, no “endgame”. Mr. Wright is very a creative man, who has a great interest (and a degree) in architecture, so he was willing and able to bring to life his idea of designing your characters, buildings, and stories, which millions of gamers, thanks to him, can do every day. This game has been around for two decades, which showed that it could be played differently by many people – some concentrate primarily and building and design, while others – on character development.

Over the years Sims changed dramatically. Latest version, Sims 4 now has 34 add-ons, with new ones coming out all the time, keeping game interesting even for its original fans. Add-ons are geared towards not only adding new content and gameplay but to cater to players with different interest. The Sims is designed to be extremely versatile and suitable for many people – it is played and enjoyed even by people who are not fantasy lovers, which is a rare concept in gaming. The Sims is basically what each player wants, which contributed to its overwhelming popularity – as of now, over 200 million copies were sold worldwide!

Getting to Know Simlish Language

The language that is heard and seen throughout Sims universe is called simlish. It was created by Wright following the idea that sims will need communicating with each other as people do. Using an already existing real language was tricky, as sims  produce hours of dialogue on different topics, which will be repetitive for the players to hear, as well as hard to implement into the game. Therefore, the idea of custom language sprouted! Simlish solved the aforementioned problems, has a fun sound, is opened for the player’s interpretation. Also, as sims speak, although players cannot understand them, they get hints of their topics, displayed as images over the sims’ heads. This language was originally introduced in another Maxis game – SimCopter in 1996.

The Sim language was created to serve a specific purpose – represent in-game communication, but not dictate the meaning of it. Each player forges their own story, so making game dialogues bare same meaning for everyone didn’t seem like the right call. A couple of people, besides Will Wright, played a big part in creating simlish – audio director of Sims 1, 2 Claire Curtin, as well as voice actors Stephen Kearin, Gerri Lawlor, who originally helped create and vocalize peculiar sim words. Having a made-up language in game also was a great asset when it came to translating said game – language could serve as an international in-game language, it didn’t require any translation.

Taking Mystery out of Simlish?

When sims speak it may sound like complete gibberish, but simlish has traces of several languages, among which are Navajo and Ukrainian. But although these languages influenced simlish, its creators made sure that overall sound and feel of this whimsical language was unlike anything people heard before. To achieve that, various voice actors over years of Sims development recorded samples upon samples of different simlish phrases and dialogues, making sound diverse and realistic. According to Claire Curtin, idea was to scramble various languages as well as made-up words to concoct a new language that could be universal for sims lovers worldwide. Devs confess that it is very liberating and fun to create emotional dialogue without being confined within real words and set language rules – they may simply improvise!

Although most sims words that were created by developer team are completely fictional, OG players surely name quite a few words and phrases that are a part of vocabulary and have been around since Sims 1, Like “Sul Sul” which stands for “Hello”. Although being make-believe, simlish is quite a prominent language that even infiltrated pop culture – various famous musicians recorded simlish songs to be featured in game, such as Nelly Furtado and Lilly Allen. Team helped come up with simlish translations for artist’s real-life songs, which helped bring simlish to life even more. Simlish does play a huge part in helping to create an individual experience for each player, as the language means whatever players want it to.

Mastering the Craft of Sim Language

If we consider real-life languages, fluency is believed to be possible after learning a language for 10 hours a day in about 2 months. Simlish, however, presents a much different scenario. No sims language translator will help you master simlish, and there are no extensive dictionaries on simlish, but there are some “breadcrumbs” for language enthusiasts to follow if they want to learn simlish. There are a set of words that are recognizably present throughout many sims games, which lets fans compose some knowledge about simlish language. Important thing to remember when attempting to get a better understanding of simlish is that real languages have rules of grammar, punctuation, guides on word pronunciation, and such that allow people to learn and use a language to transfer meaning. Simlish, however, is opened for interpretation.

That said, anyone with enough curiosity and imagination can get cracking on simlish! Mastering the known simlish words is easy enough, and you just fill in the blanks by listening to dialogues in the game, picking up on phrases you can easily utilize. Unfortunately, there is no way to decode all phrases in simlish to English, so we should only rely on the dialogs available in the game and let our imagination take the wheel from there. After all, this is how simlish was created. We encourage you to not be stopped by the challenges at hand and give sim language a try if it’s something that you’re interested in! However, there is something else we can do to help you in your study.

If your mind is set on learning simlish language, or you just want to uncover the meaning behind the words you have been hearing in your game for years, you’ll be pleased to know that some sims words have been around for quite some time, and people have cracked their meaning. Some of simlish vocabulary originated from Sims 1, but by Sims 4 simlish has developed more and more words for us to learn. This sim language has been on a journey over the last 20 years, but, unfortunately, no official simlish dictionaries were released yet, but let’s not discard this possibility for the future. As for translation, one may find a simlish text translator online, but it’s not provided by the original creators.

Do not be upset yet, as there are still steps you can take to learn sim language, decode the whimsical gibberish, and unveil the true meaning of your sims’ phrases. Devoted fandom has been hard at work, collecting words and bits of dialogue from the game and coming up with a rudimentary dictionary all Sims lovers may use, spice up their speech with, as well as uncover the truth behind their character’s words. You’ll definitely be more understanding of your sims’ wishes and complaints if you learn a few simple sims quotes below – being on the same page with your characters has never been easier. Are they happy with your rule or will your own plumbob turn red once you know what is on your mind? Stick around to find out!

What Curious Mind Can Learn and Find

If you are Sims player you are bound to be creative and original – after all, this game encourages such qualities and allows applying them while playing the game. Sim language itself is an embodiment of those qualities, as it was born from the minds of creative people and released into the world that doesn’t fully understand it, but appreciates and uses it gladly anyway.

People at their core are very intuitive, open-minded, creative species, so there is no wonder that the world is populated with ideas and inventions that reflect our virtues. Make learning new fun things, exploring uncharted territories, occasionally slipping into childhood your priority in live – it may reveal yourself in a brand new light, getting you inspired for future endeavors. Simlish is a prime example of outside-the-box thinking and imagination, and we encourage you to give it a go!