Languages Spoken in Japan And Its Dialects 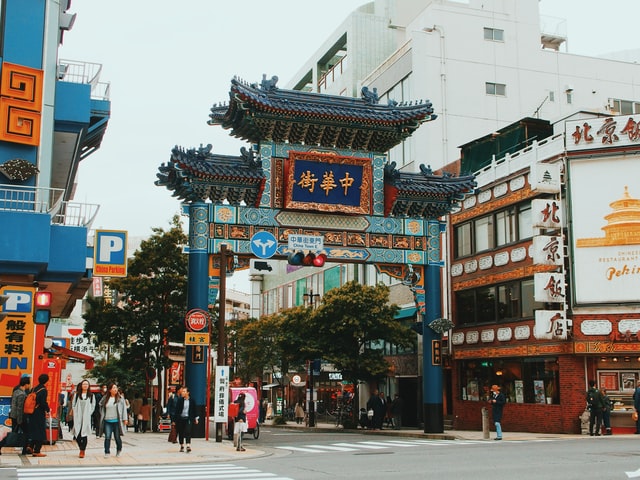 Languages spoken in Japan are worth knowing for any translator or interpreter that pursues it. Being an island and, thus, an isolated country, the country of the rising sun is quite unique in many aspects, including the languages spoken in Japan. Indeed, people in Japan speak not one but several languages. Although most of them are extremely limited regarding the number of speakers and are even on the brink of extinction.

While it might seem like the Japanese language was derived from the Chinese language, in fact, it is a language isolate with no clear connections to any other language. That is so mainly because the Japonic group of languages, to which Japanese belongs, derived from the mixture of the Chinese language and the language spoken by the ancient people inhabiting Japanese islands. As of today, it is not known what language that was, yet, it has disappeared completely since the first Asian settlers came to the islands in around 1st century AD. So, what languages are spoken in Japan today?

Today, there are 3 major distinct languages spoken by people in Japan. Those are the Standard Japanese, also called Nihongo by the Japanese people themselves, the Ryukyuan languages, and the Okinawan languages. In addition, there’s the Ainu language, which is spoken by only a handful of people and can go extinct if it’s not preserved within the next 10 years or so.

The Standard Japanese language is currently spoken by nearly 99% of the Japanese population, while the other language groups account for up to one million speakers each. However, none of the languages have any sort of formal status in the country. In fact, in Japan, official languages are a non-existent thing as the Japanese Constitution does not define any. However, the Constitution does define the formal language of education and media, which is, of course, Nihongo, or the Standard Japanese language.

The history of Japonic languages, including the standard Japanese, is covered in mystery and largely disputed among the linguists today. While some researchers point out the similarities between Chinese, Korean, Ural-Altaic, and Japanese languages. However, none of those languages are intelligible with Japanese in regard to pronunciation and the use of the writing systems. Although the Japanese language predominantly uses Chinese characters, called Kanji in Japan, their use is entirely different from that in China to the degree that a combination of two or more hieroglyphs may have a totally different meaning. So, the languages of Japan probably derived from the mixture of the languages proposed by the researchers and the language of the people inhabiting the islands before people came from Asia mainland.

Today, most young people in Japan prefer the Standard Japanese language over other local dialects. This is one of the reasons why Ryukyuan, Okinawan, and Ainu languages gradually decrease in the number of speakers, with Ainu language going extinct. Yet, Ryukyuan and Okinawa languages are still spoken by about 150,000 and 1 million speakers respectively, so they are extremely important to point out when talking about Japanese culture and overall ethnic situation. So, let’s take a look at what languages do Japanese speak, alongside the Standard Japanese.

Alongside Nihongo, the population of Japan also speaks Ryukyuan, Okinawa languages, Ainu language, and several minor languages spread across the country’s numerous islands. While Standard Japanese is spoken by the vast majority of the population, it is predominantly widespread on the four biggest islands in Japan, which are Honshu, Hokkaido, Kyushu, and Shikoku. Okinawa is also classified as one of the major islands of Japan, yet, its predominant language is Okinawan, instead of Nihongo. In addition to these five islands, Japan consists of 6,847 other islands, about 400 of which are inhabited. So, what are Japan’s languages on these islands?

Ryukyuan language is spoken predominantly on Ryukyuan Islands. The word “Ryukyuan” can be translated simply as “islands,” so the Japanese term “Ryukyu-go” can be translated as “island speech.” The Ryukyuan islands comprise quite a large arc to the southwest of the Japanese mainland, the five major islands. There is no clear number of native speakers of Ryukyuan languages, however, according to various estimations, there are about 150,000 of them. Some of the major distinctions of Ryukyuan languages from Standard Japanese rely on the use of Kanji and kana (the Japanese alphabet), phonetic features, such as nasal phonemes, as well as different grammar that resembles Old Japanese and is more complex than that of the Modern Japanese language.

Ainu language is perhaps the least spoken language in Japan. As of today, only the Hokkaido Ainu form of the language survives with up to 10 native speakers left. Currently, the government of Japan makes some attempts to revitalize the language by making the written and spoken records and encouraging local people to learn it. Among the special features of Ainu, there are the writing system and pronunciation. As such, Ainu people use an extended version of the Standard Japanese katakana as their predominant writing system. Regarding the pronunciation, the Ainu language is different for it contains more consonants and pronounces the basic syllables more smoothly.

In addition to the languages above, Japanese people also speak Nivkh, Orok, and Bonin English languages. While they are more widespread than Ainu language, they are still minor, spoken by up to a few thousands of people, and, most importantly, don’t actually come from Japan. Yet, being currently present exclusively in the country, they are also noteworthy to mention.

Status of Minority Languages in Japan

With the Standard Japanese language taking the lead and even replacing other less widespread languages in Japan, some of the minority languages are also currently endangered. With some of the Japanese islands located close to the Asian continent, some of the languages from the Russian region of Amur River can be found in Japan. Those languages are Nivkh and Orok. Both of them have Mongolian and Russian roots and are spoken only in the regions on Hokkaido located closely to the Western part of the Asian continent. At the same time, the Bonin Islands or Ogasarawa Islands territory uses a special form of creole called Bonin English.

Regarding the current status of the Nivkh language, it can be considered at a high risk of becoming endangered as only about 200 native speakers have left. A similar situation applies to Orok, which is currently spoken by only around 50 natives. Finally, Bonin English, being formed during the English rule in the 19th century, is a unique mixture between the English and Japanese languages. This language is spoken by around 2,000 people inhabiting the island.

Languages Spoken Around the Japanese Islands

While there are only three major languages and language groups spoken in Japan, there is a vast number of dialects that are commonly used on smaller islands in the country. As there are no official languages in Japan at all, nearly every minor island uses its own dialect for media and education, although, the situation is currently more winning for the Standard Japanese language.

Kunigami language, spoken by only about 5,000 native speakers, is used in the Yanbaru region of the Okinawan Island. With the majority of speakers currently being the elderly people, Kunigami language is considered to be endangered.

Amami dialect can be found on the islands located around Kyushu and largely resembles Okinawan language. However, it is classified as a Ryukyuan language as it is spoken only on the minor islands of Japan. Interestingly, the dialect is quite diverse to the degree that it has been divided into two sub-dialects, the Northern and Southern.

Yonaguni dialect is a variation of the Ryukyuan language. It is spoken in the regions close to Taiwan and is quite unique for its writing system. Although Yonaguni people currently use the Japanese kana and Kanji for education, media, and official documents, the region has utilized the Kaida logographic system, which consists of logograms, similar to those found in Ancient Egyptian language.

Yaeyema dialect group is one of the major groups of minor island dialects. Similar to other Ryukyuan dialects and languages, Yaeyema is spoken mostly on the island group of the same name and accounts for nearly 47,000 native speakers. The major distinction of this language is the phonetic system that contains six short and seven long vowel sounds.

Miyako language is the most widespread minority language found on the Japanese Islands. Accounting for 67,000 native speakers, Miyako largely resembles Okinawan language and is spoken in the Southwestern part of the Okinawan island. Most of the native speakers of Miyako are around 60 years old and are also fluent in Standard Japanese, which makes this dialect more likely to survive.

In addition to the languages listed above, there are many other variations of Okinawan and Ryukyuan dialects found throughout hundreds of minor islands around Japan. Most of them are isolates and have preserved many features of the older versions of the Japanese language. Hence, they are quite valuable for the historical research of Japan. Finally, due to the current process of globalization, many foreign languages, such as English, French, Russian, Portuguese, Chinese, Taiwanese, and many more can be found in use throughout Japan.

Use of Japanese Language

While we have talked a lot about the language, we did not point out the unique linguistic features that make the Japanese stand out among the other languages. The Japanese language is quite unique regarding its very simple phonology, relatively simple grammar, absence of punctuation, and quite a complex written system. Although Japanese may resemble some other Asian languages, such as Chinese or Korean, it is very distinct from both of them in quite a unique way as it uses the Chinese writing system in its own way.

Japanese phonology is quite simple regarding the limited number of sounds. As such, the Japanese language contains almost no constants with only the n-sound being used outside the vowel. Even the borrowed words will consist almost exclusively out of vowels after being Japanized. For example, the word “class” will sound “kurasu” in Japanese.

Japan is a Country of Many Languages

While the languages other than Standard Japanese are not in wide use throughout the country, with some even being near extinction, Japan can still be considered a multilingual country. With a number of people holding on to their roots and preserving their local dialects, the Japanese demonstrate a true devotion to the language. On top of that, this is even more evident in the situation with the Ainu language, which is currently being under the process of preservation and revitalization.