Fascinating Cultures Around the World 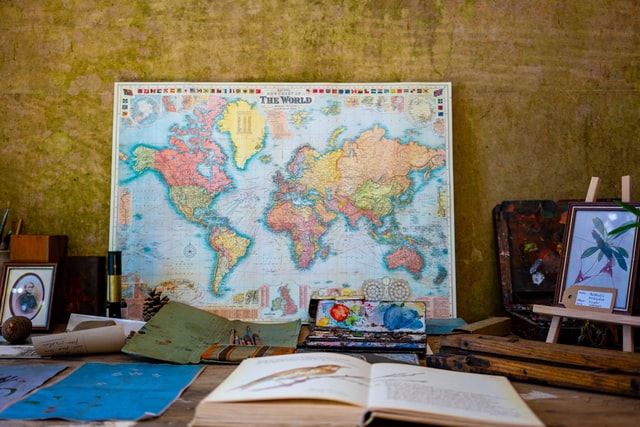 Our world is an incredible place. It comprises so many countries, even more cities, and cultures. The variety of cultures around the world will amaze you. Each nationality has its own unique traditions that define their identity. TheWordPoint has interviewed people from all over the world, asked them to share their fascinating cultural traditions, and shared their findings with us.

From my experience, babywearing has been around for quite some time in Denmark and in Scandinavia, generally-speaking. In our culture, we are often engaged in outdoor activities such as hiking and going on long walks with our kids. Since strollers are not an option for hikes, and lugging them around can get tiresome, we chose to literally wear our babies.

Due to the weather here, it’s much easier to babywear for daily walking and getting around the city. I also think the baby is much more content by having their parent’s warmth close to them during the winter. It lets them feel a part of everything we do on a daily basis, from routine grocery store trips to hiking mountain trails.

1.  We turn our shoes upside down and shake or bang them against the floor. Most people are aware that we have plenty of interesting wildlife here. But it’s the small crawling insects and deadly spiders that concern us most. You’ll always see Australians shaking out their shoes before they wear them because no one wants to end up with a Redback spider hanging off their toe. And we’re not going to put our hands inside our shoes to check!

2. Bare feet are common. I’m not just talking about going barefoot around the house and yard. For a quick trip to the store, Australians will jump in the car to pick up what they need without thinking to put on a pair of shoes. You’ll even see kids skateboarding and riding their bikes barefoot. I haven’t figured out why, but it’s a habit that is common in Australia.

Lucy Ruth has provided us with some insight into African traditions, check her book here:

I grew up in Zimbabwe which is located in Southern Africa. Zimbabwe has a population of 15 million. Zimbabwe is home to Victoria Falls which is one of the seven wonders of the world. One common tradition is paying Lobola, (brideprice). When a man decides to marry a woman, he must pay lobola to satisfy the bride’s parents. When the bride’s parents are deceased extended family members like aunts and uncles act on behalf of the deceased during a lobola ceremony. The lobola ceremony lasts a couple of hours. The ceremony includes monetary exchange, cows, groceries, and clothing items for the bride’s family.

So you are probably wondering how much lobola costs now? The answer is there isn’t a set price for lobola. It can range from as little as USD3000. I have heard stories of people paying USD15000. The more affluent your wife is, the more you might pay for lobola and vice-versa. The lobola ceremony is the recognition by both families that you are married.

Milos Djordjevic from SaveMyCent has some similar traditions in Serbia:

When a couple decides to get married, the bride stays at her place on the wedding day. Before going to the church, her future husband has to ‘buy her’ from the bride’s family (usually the bride’s brother is negotiating the price). The groom would come in front of the bride’s room and start offering money. Sometimes this negotiating could last for a long time, depending on how determined the bride’s brother is. On one side, the groom’s family is cheering for the cheapest price, while the bride’s family asks for the highest price possible. One trick that grooms sometimes use is bringing lots of small bills that create the illusion of having lots of money. Once everyone is happy with the price, the groom and bride’s brother shake hands, and the groom is allowed inside the room.

Halloween is the only night of the year we’re legally allowed to do fireworks. In Vancouver, it’s traditional to get fireworks and set them off in your backyard on Halloween. You have to obtain a permit, but it’s great fun.

New Years Levee. Canada is the only country that still observes this old-world holiday. It began in Canada in the 1600s and is when the lieutenant governor and governor-general of each province mark the start of the new year. Citizens can go to official buildings to offer their respects.

Mercy Solodyankin tells about Indian traditions. Check out his YouTube channel as well!

One tradition I would like to share with you about my culture is that we have a unique way of proposing for a hand in marriage. The groom to be and his family goes to the bride to be’s home, but before they enter the bride’s home they ask if they are allowed to come in and perform a tea-ceremony. If the bride’s family welcome and said yes only then can the groom and his family can enter the home and do their tea-ceremony.

Then comes the proposal: the groom’s family represents the groom and presents an ax head covered in white fabric and if the bride and her family accept it, then it’s done deal. They are engaged. The Axe head stays in the bride’s home to reveal any other potential visitors that the girl is taken and engaged. This is to some degree a marking territory until they marry. This tradition was started by my ancestors (aka head hunters) and we still continue the tradition.

Cultures Around the World

Cultures around the world are truly fascinating but sometimes they can amaze or bewilder foreigners. That is why it is better to learn about the cultural traditions of the country you are traveling to and if you have any difficulties understanding them or reading about them because of the language barries, TheWordPoint is always ready to help! We have local translators from all over the world who can help with translation or localization of any content.